We Provide Everything.
We Use The Best Professional Equipment

Ed & P Karaoke Mauritius guarantees the success of your party: Birthday, Wedding, Christmas Party, End of Year Party, Retirements, Picnics, School Events...You name it, Ed & P Karaoke can do it ! Even those "non singers" will find themselves grabbing the mic having the time of their life, and enjoying the fun and applause listening to their friends sing the hits. We have long proven experience and competence.
Read what our Customers say about us.

Our cordless Original Shure or Sennheiser Microphones coupled with professional digital effects really give the pleasure of singing like a star.

The Bose L1 is very discrete and delivers the best sound quality. Professional Sound Systems will make the singer feel that they are the next "The Voice". We have the right professional equipment for venues large and small alike.

The Lyrics are displayed on a 2mx2m screen. We can also provide a small screen in front of singer while the audience watches the wide screen. More screens can be set up as per the needs.

Our karaoke files are EXCLUSIVE and are made by ourselves. They are all studio quality sound.

Choose from our song book with over 100,000 titles and in different languages...a huge selection, everything from pop, country, 50's-60's, rock and roll, Mauritian Sega, duets, and show tunes, you name it we've got it!

We also provide a Dj for any kind of parties.

We're there to keep a high energy level going, with all the latest dances, and great interaction with your audience and keeping the show fun for everyone.

Our tariff starting at Rs 8,800 for the evening, may vary depending on many factors. Kindly fill the Booking Form here and we will contact you the same day for a quote.

Connect with us on Facebook and read what our customers say about Ed & P Karaoke. 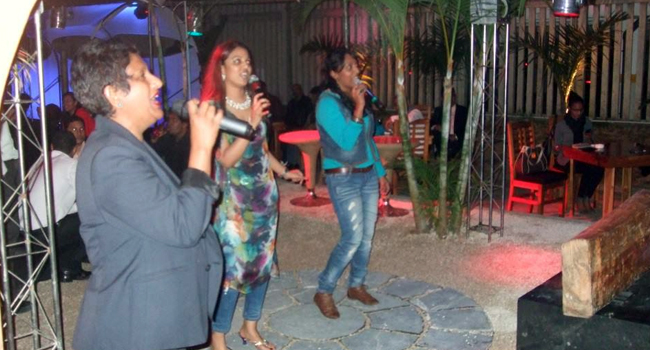 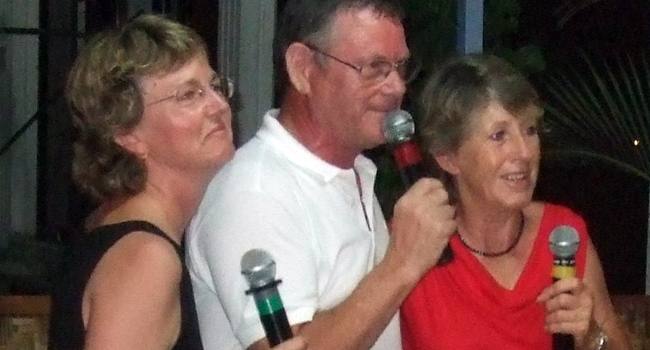 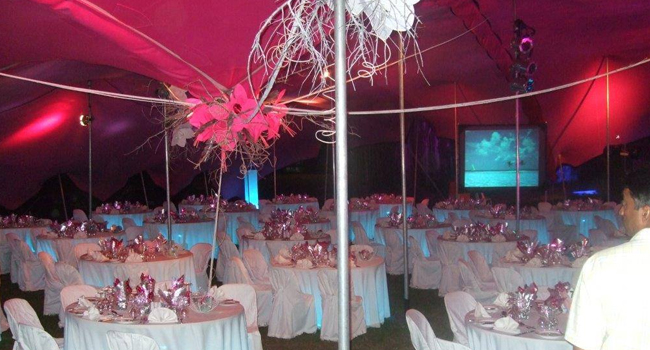 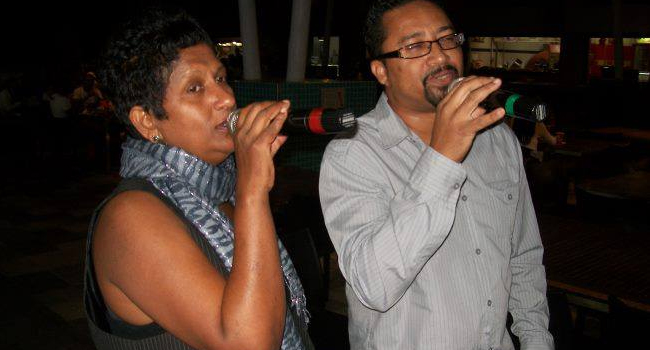 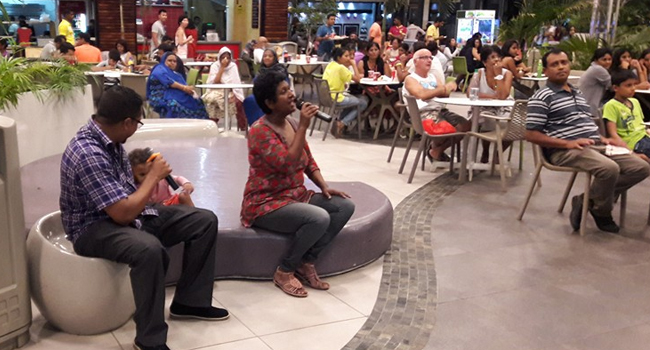 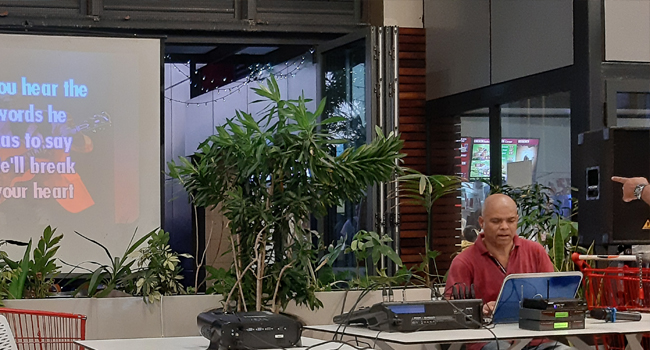 The personalities (among others)
La Croisette 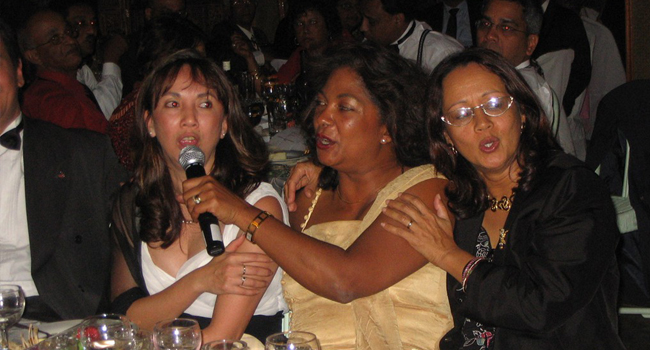 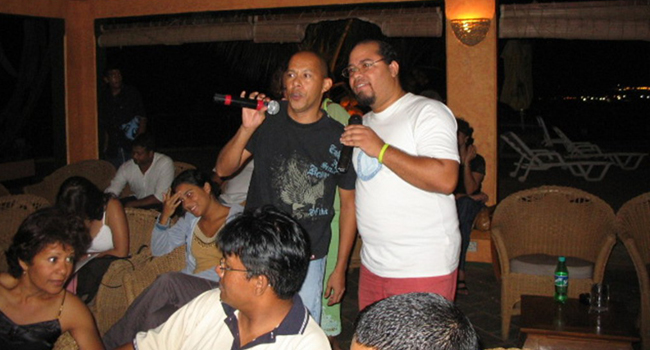 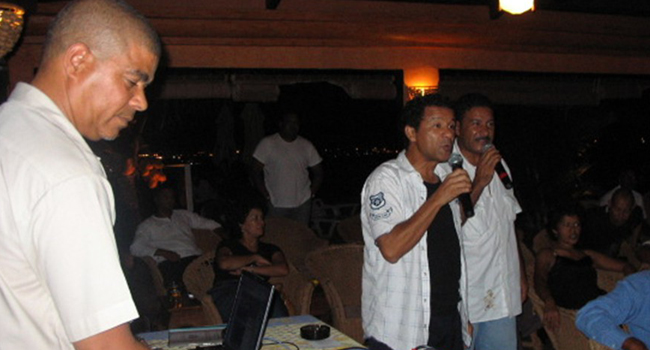 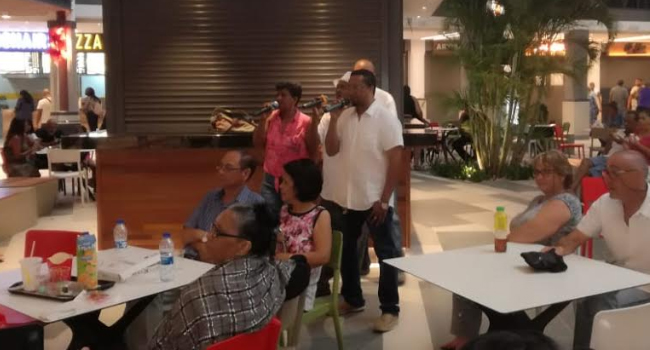 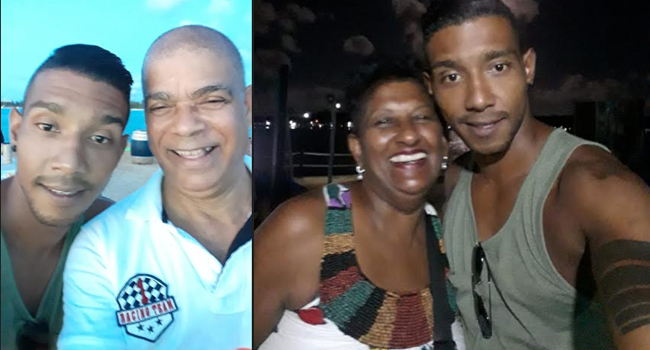 The personalities (among others)
who appreciated Ed & P Karaoke 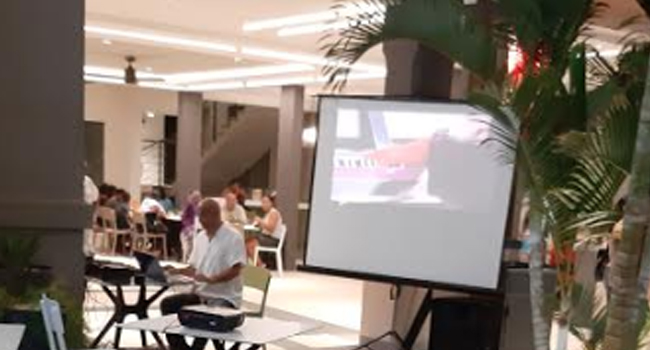 Ed & P Karaoke based in Quatre-Bornes, Mauritius was formed in 1996. Our first performance took place at the Cercle de Rose Hill. We have therefore become very popular and are in great demand. We recommend that you make your reservation well in advance

Ed & P Karaoke is a very well organized group, very well equipped and in great demand specialist in karaoke evenings in Mauritius. The group was created by Patrick Retournée, now the leader, in 1996 and has grown steadily since. Regularly called to host karaoke evenings in hotels The group is now officially composed of three leaders, Edwige, Bernard and Patrick. Three passionate singers who will ensure you have a good Karaoke time.

Ed & P Karaoke has been running Karaoke at the Trianon Shopping Center since the center opened. We have now also been at La Croisette in Grand Baie, at Cascavelle Shopping Village, at the Food Court at Ebene Shopping Center and at the Restaurant Mon Repos in Trianon once a month. Ed & P Karaoke has been in turn at the Saxophone Discotheque in Beau Bassin, at the Kart Loisir in Petite Rivière, at the Tutto Bene Restaurant in Grand Baie, at the Black & Steers Restaurant in Flic en Flac, Gym Kana, Hotel Victoria, only to name a few. Ed & P Karaoke also hosted some great karaoke evenings in the Games village of Ebene on the occasion of the Games of the Indian Ocean Islands back in 2003.

Let us make your next Karaoke party one to remember.